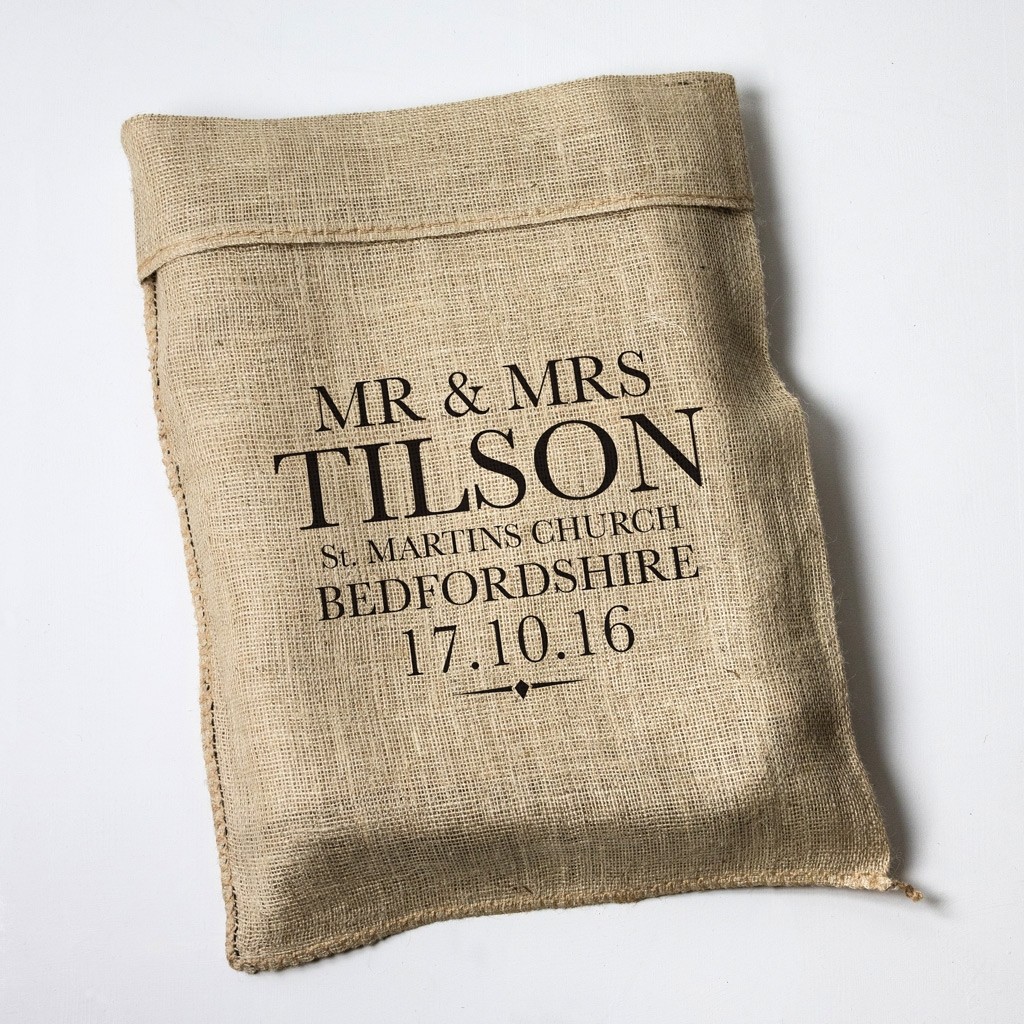 A delightfully simple design, our Personalised Wedding Hessian Sack – Serif can be personalised with five lines of text, ideal for including all the details of your big day (maximum 16 characters per text line).

Personalised Wedding Hessian Sack – Serif is made from hessian. 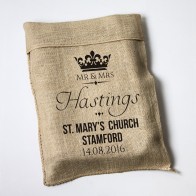 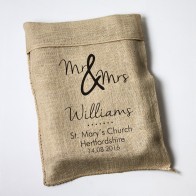 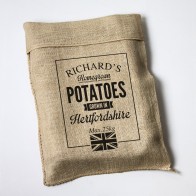 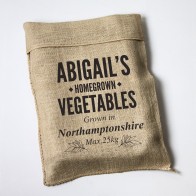 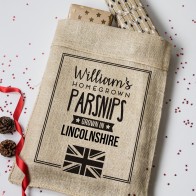