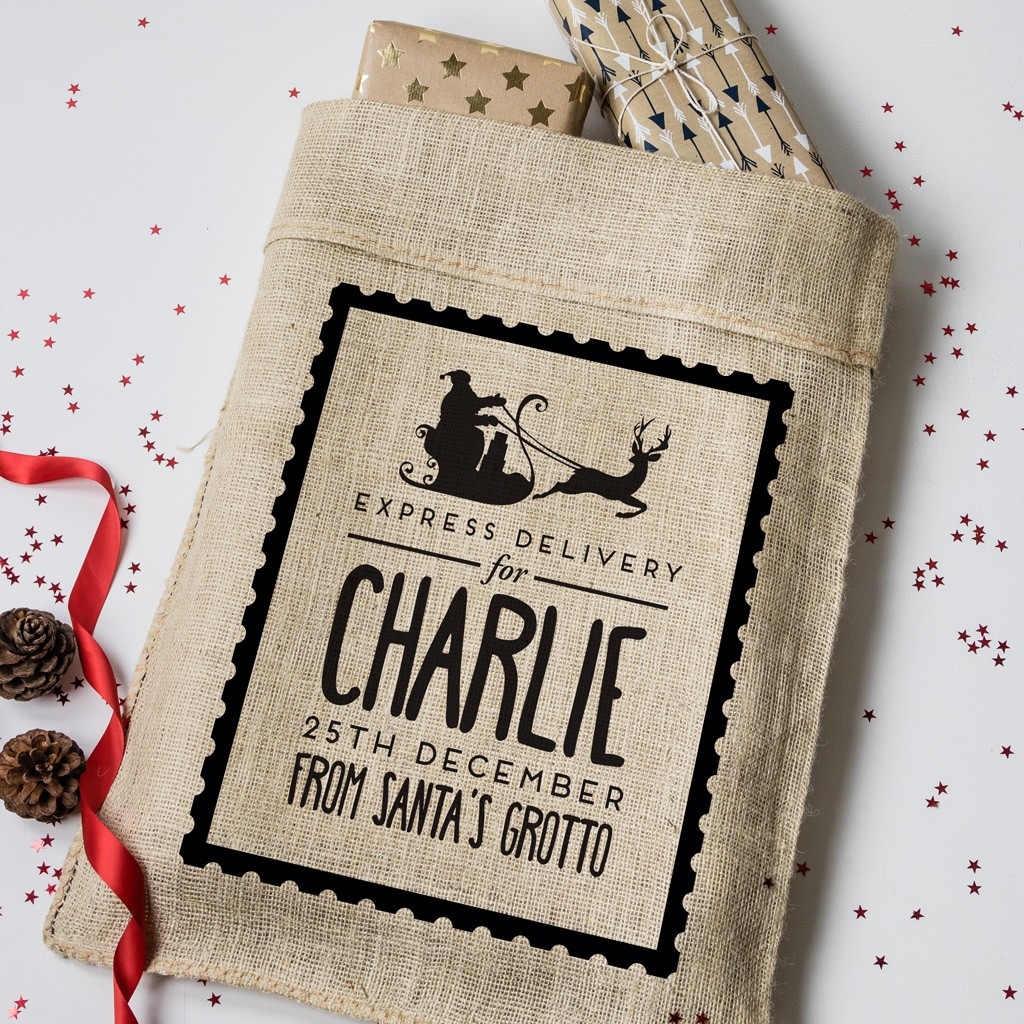 Available in the following colours

Present your Christmas gifts in style this year by choosing to pop them into one of our beautifully designed hessian Stamp Christmas Sacks.

Our traditional design can be personalised with up to 14 characters (including spaces and punctuation) to display the recipient’s name.

Our sacks are made from hessian which is hand pressed with black, red, green or brown vinyl. They measure 50cm by 80cm and will hold a maximum of 25kg so ideal for the heaviest of presents.

Please double check your spelling as we cannot exchange or refund personalised items.