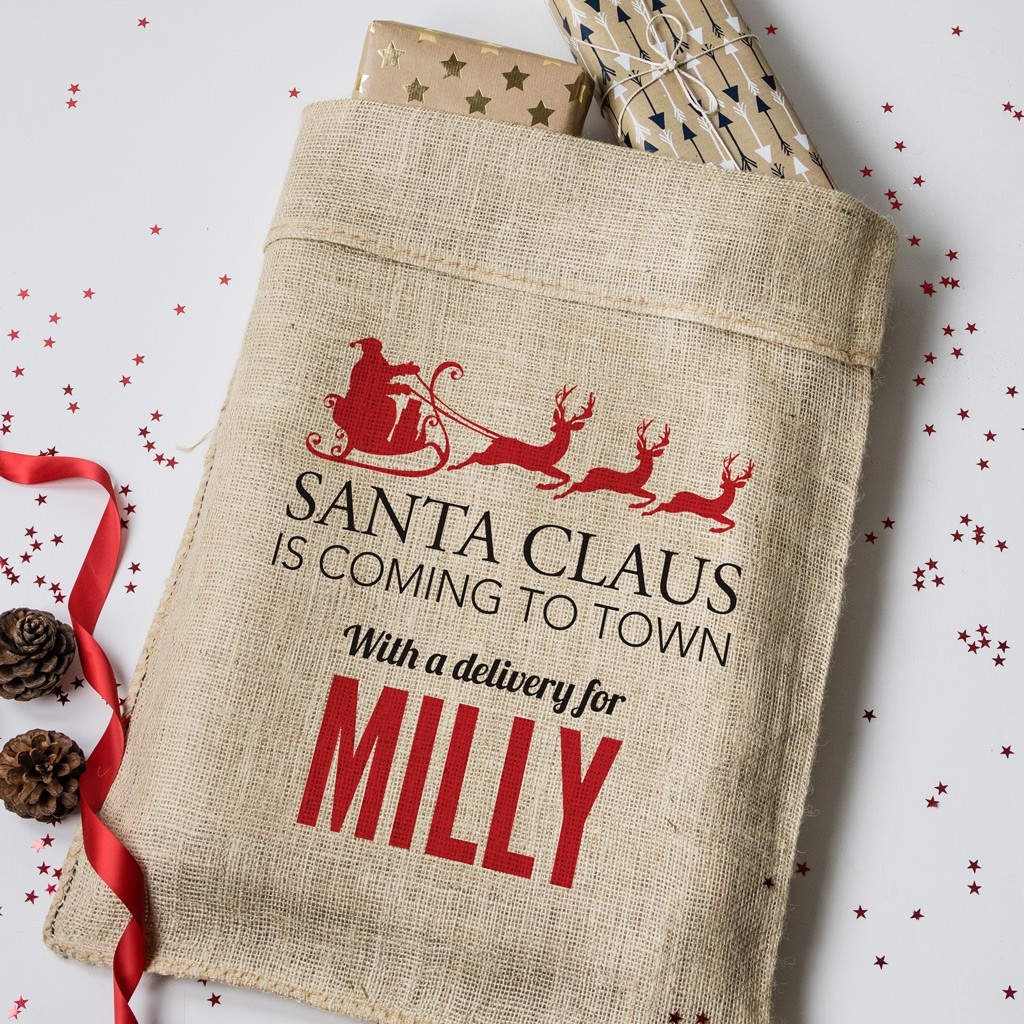 Let your kids know that Santa has well and truly been this year with our Personalised Christmas Hessian Sack – Santa Claus is Coming to Town design.

The ideal festive accessory to present to your kids on Christmas morning, the Personalised Christmas Hessian Sack – Santa Claus is Coming to Town features a traditional festive design that will be appreciated by all parents/grandparents and children alike.

Designed to accommodate all your children/grandchildren’s gifts with its spacious 55cm x 80cm size, the Personalised Christmas Hessian Sack – Santa Claus is Coming to Town design can be personalised with a name of your choice (14 characters’ maximum) in traditional red text for that perfect finishing touch.